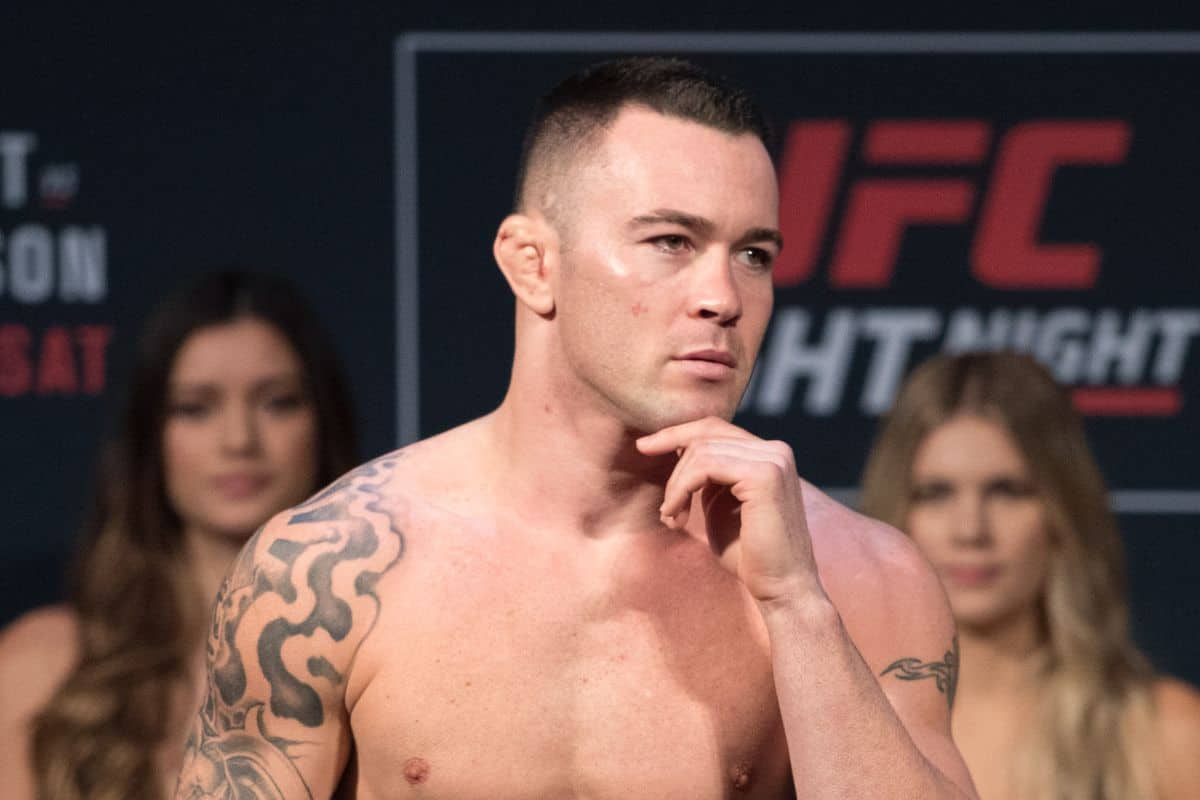 UFC welterweight contender Colby Covington currently holds the title of the most disliked fighter in the promotion. Having pretty much tore into everyone on the roster, Covington decided to target fellow-welterweight Mike Perry following his loss to Max Griffin at UFC Orlando on Saturday night

For Perry, it was certainly a night he will not want to revisit.

The welterweight puncher was given a pretty big pasting at the hands of Max Griffin at UFC Orlando on Saturday, having tried to ‘pants’ his opponent at the weigh-ins prior to the bout.

Perry was on the backfoot from the get-go and had to put up with extreme pressure from his Griffin. Fox Sports cameras caught Perry’s girlfriend and trainer, Danielle Nickerson, shouting advice to her man, albeit in pretty non-sporting terms:

Despite the yells from his corner, “Platinum” lost the bout by way of an underwhelming majority decision. For Perry, he must now look towards getting himself into the winning bracket now that he is on a two-fight skid. Perry was tipped to rapidly ascend through the 170-pound division but lost to Santiago Ponzinibbio in December prior to Saturday’s loss.

While Nickerson’s comments did not seem to go down too well among observers, it was Colby Covington who made the most controversial comment which drew attention. Covington blasted Perry having his girlfriend, who is a professional tennis player, as his coach on the night. Covington, in true style for the Oregon-native, went a little too far in his criticism:

“Hey @PlatinumPerry, maybe having your ratchet horse faced girlfriend as your head trainer isn’t the smartest idea on planet earth.But hey, when you’re the product of cousins f–king in Ocala (Florida) how strong can your decision making skills be?” he wrote to Twitter.

Covington attracted criticism from fans and fighter for the manner of how he brought Nickerson into the situation, with Cub Swanson hitting back at the welterweight:

“Not a fan of this or you Colby. Please learn a little class man,” Swanson wrote.

You’re a little cunt who’d have caught a bullet comin up in the places where we came out of you don’t kno shit about fighting for your life you just fight.. we’re blessed to live this life no time for your hate.. You don’t talk like that life will catch you soon Covington ?

“You’re a little c*nt who’d have caught a bullet comin up in the places where we came out of you don’t kno shit about fighting for your life you just fight.. we’re blessed to live this life no time for your hate.. You don’t talk like that life will catch you soon Covington,” wrote Alex Nicholson.

Gtfo @ColbyCovMMA that’s some bitch shit. That Man went out there and fought his ass off. @PlatinumPerry when you near vegas hmu https://t.co/nCNOLqBmTo

You are the definition of #Twitterthug @ColbyCovMMA I can’t wait to leave you starring up at those @ufc lights when I knock you TFO!! Keep hiding your Time is coming. @danawhite @seanshelby @Mickmaynard2 @AliAbdelaziz00 #UFCOrlando https://t.co/VhfKnuDR4m

“You are the definition of #Twitterthug @ColbyCovMMA I can’t wait to leave you starring up at those @ufc lights when I knock you TFO!! Keep hiding your Time is coming. @danawhite @seanshelby @Mickmaynard2 @AliAbdelaziz00 #UFCOrlando,“ wrote Usman.

Covington’s targeting of Perry is not random, that is for sure. Both men were, until quite recently, hailed as two of the true up and comers of the welterweight division. Perry’s loss will have not just held him back in his aim to climb the ladder towards a title shot, but will have also more than likely spoiled his chances of fighting Covington anytime soon. Perry also recently took the time to hit out at “Chaos” (via BJPenn.com):

“Colby [Covington]’s manager is a better manager than Colby is a fighter. He got him the right fights with the right people that got him leveled up to number three in the world. But, I think that’s Colby’s story because that’s as far as he goes. He don’t go past three. [I’d] fight [Colby Covington and Demian Maia] both with my hands down, man. Catch that underhook and hit them with the other arm. They not gonna get that takedown with me, I already said.

“I know exactly what Colby Covington would try to do: He’d try to put his head in my lap and suck my dick for 15 minutes. That’s it. That’s what he’s gonna try to do. So, we’ll see, man. If I can get that fight, I would like that fight.”

It is likely that these words, prior to his loss to Griffin, would have been behind Covington’s schaudenfreude on Saturday night:

“Each time I fight, I do more and more complete mixed martial arts. I use more and more of my skills every time I get in that Octagon. That 15 minutes is short. You only get so long to show those skills. I’m getting better at pulling out all the tricks, all the stops in 15 minutes and I’m getting ready for 25 minutes, so I can pull out even more tricks in 25.

“It doesn’t matter this weekending though. This weekend is what it’s all about because it’s one thing at a time and then we’ll see where it does from there. I have a good idea about the future, I just don’t even need to worry about it yet. I’m gonna focus on this weekend and I promise I’m going to f-ck this man up.”