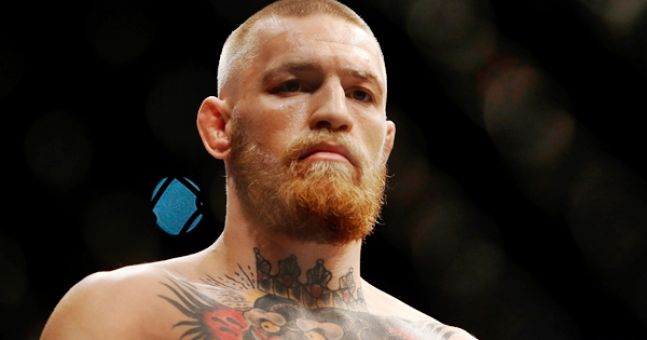 This Saturday, Aug. 26 Conor McGregor will face the toughest test of his entire career as a professional fighter against boxing legend Floyd Mayweather Jr.

The Irishman has made a career off the back of his sublime fighting skills inside the cage and his brash, cocky demeanor outside of the fighting arena.

McGregor’s story is one of a dramatic and spectacular ascent from humble beginnings in the Dublin suburb of Crumlin. Having entered professional Mixed Martial Arts in 2008, the Irishman who would eventually become the most recognizable name in his sport and the biggest star in the history of the UFC.

Love him or hate him, you cannot escape the magnetism and energy of the 29-year-old UFC lightweight champion. Having used his silver tongue and razor sharp wit as tools in themselves, McGregor somewhat talked his way into situations which his peers simply could not.

The undisputed king of trash talk backed up every assertion, prediction and goal he set for himself, entering the record books in 2016 as the first fighter to reign over two separate weight classes in the UFC simultaneously. This was not enough for the ambitious and money hungry Dubliner. When “The Notorious” announced his intention to move into the squared circle against the greatest fighter in his era in Floyd Mayweather Jr., most laughed off the prospect as ludicrous and deluded.

In just two days, Mayweather and McGregor will go head to head in what looks set to be the most lucrative fight in the history of combat sports. Regardless of the outcome, McGregor will walk away with a $75 million check and no change to his MMA record. Not bad for a 29-year-old who was fighting in front of hundreds of people not much longer than four years ago.

In terms of the fight, however, things aren’t looking great for McGregor. On the other hand, should he pull off the victory, then it would surely rank as the greatest upset in combat sports history.

In Part 1 & Part 2, we looked at numbers 5 to 2 in terms of the biggest shocks ever witnessed in combat sports history to date. Number 1, although maybe a tad predictable, still stands as testament to the old adage that “anything can happen in boxing”:

Tyson was essentially the boogie man of 1980s boxing, having made a habit of scaring the absolute shit out of everyone he had entered the ring against. Having cut through his opponents like a hot knife through butter, Don King decided that a move into the Japanese market would be the next move for “Iron Mike”

Buster Douglas had no chance, it seemed. As an indication of how strong the unbeaten wrecking ball was fancied, Tyson’s odds went up to -4200 at one point. Douglas, who had recently lost his mother, did not subscribe and pulled off the ultimate shock in sporting history, knocking Tyson out. The impossible had been achieved.

So, what are McGregor’s chances of doing the same on Saturday?

While “Money” will presumably not be vying to knock the head off McGregor’s shoulders but rather toy with him before wearing him down and presumably stop him, the chances of McGregor pulling off a similar feat would be at least on par with Douglas’ victory.

If we take a look at some of the opponents Mayweather has not just beaten, but at times embarrassed, the case for a McGregor win looks drastically lighter. Manny Pacquiao, Oscar De La Hoya, Saul “Canelo” Alvarez, Miguel Cotto, Juan Manuel Marquez, “Sugar” Shane Mosely, Diego Corrales, Arturo Gatti (the list goes on and on).

Would McGregor have any hope inside the ropes against one of these fighters? Among this group are the names of Olympic champions, multiple weight title holders and some of the greatest legends of the sport. Not one of them could beat Mayweather. The one thing that all men have in common which McGregor does not is that they are trained boxers. McGregor is undoubtedly a good striker and exceptional in MMA but there is a massive difference between being able to throw shots and the art of boxing.

McGregor has a great opportunity to solidify his legend on Saturday night at a time when the majority of the world doubts him. Should one completely dismiss his chances of victory outright, a man by the name of James Buster Douglas may set you straight…