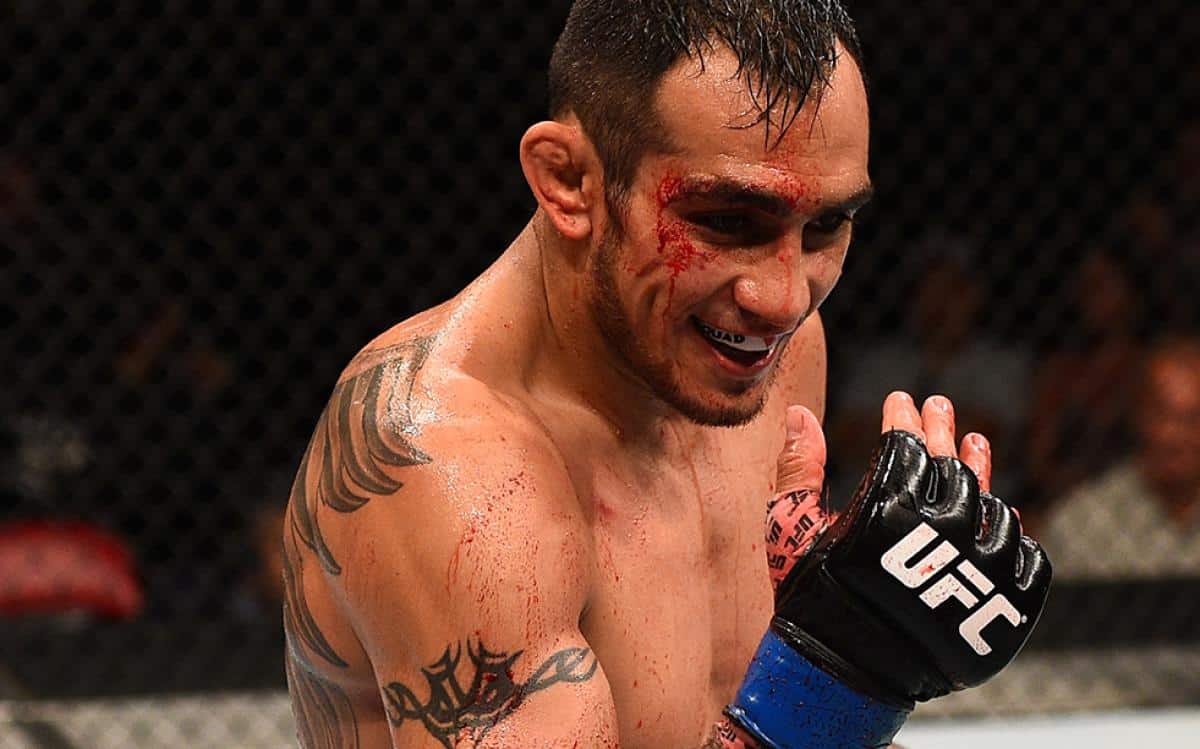 Tony Ferguson may hold the interim lightweight title, yet many are still expecting Nate Diaz to land the first shot at Conor McGregor’s 155-pound title

While there is a certain level of polarization in the sense of who is more deserving of landing the bout with the returning Irishman, many believe that Diaz will offer more of a financial return than “El Cucuy”.

In the age of ‘big money fights’ and a clear emphasis on pay-per-view figures, rankings and interim titles do not necessarily guarantee a clear road to fights with the promotion’s more commercially successful champions. This has been more than frustrating for fighters such as Ferguson, who, despite going above and beyond what should warrant a title shot, may still miss out to others who have a greater chance of landing pay-per-view buys.

Ferguson, who is now 10-0 in his last ten fights in one of the most stacked divisions in the UFC, is undoubtedly in a unique scenario. There cannot be anything more he can do to prove that he deserves the chance to fight for the lightweight title.

Last Saturday, Ferguson dispatched of the dangerous challenge of Kevin Lee. Lee, who had engaged in a verbal war with the Californian prior to the bout, has insisted that no one deserves a shot at Conor McGregor over Ferguson. Speaking to Chael Sonnen on the former UFC middleweight’s You’re Welcome! podcast, Lee claimed that McGregor may not be up for the challenge:

“[Tony Ferguson versus Conor McGregor] should happen, It should. In any other sport or in any other circumstance or situation, that’s the fight to make happen. But, like really, speaking as a fan, as a fan of the sport, I don’t know man, I don’t know if Conor wants those problems. Tony [Ferguson] is a motherf*cker. I said it before the fight, Tony can fight and he can take a helluva shot. I hit him with some big shots that I thought would, like, faze him or cut him, but the man just wouldn’t quit. He’s got no quit in him.

“I knew before the fight, but especially after being in there with him and I lay my hands on him, I’ll tell you right now that man has no quit in him. I don’t know if McGregor really wants that. I don’t know if McGregor’s coaches are gonna’ be too happy about getting that match-up. I think they’re more going to push for the [Nate] Diaz match as much as they can. McGregor may come out and say he wants the Tony fight, but I don’t know man. I don’t see that happening if I’m honest with you.”

And Lee isn’t the only observer cynical to Ferguson’s chances of landing a title shot at McGregor.

Numerous reports circulated recently that Conor McGregor vs. Nate Diaz III was in the works for December 30th and the Irishman’s camp have been quoted frequently in preferring about with the Stockton native.

McGregor’s striking coach, Owen Roddy, believes that a fight with Ferguson would not hold as much interest as a rubber match against Diaz, further claiming that “The Notorious” would have too much on “El Cucy” to make it an even fight:

“His style is, you know, it’s not traditional, it’s a bit unorthodox and stuff, but I just honestly think that Conor’s going to be way too clean for Ferguson,” Roddy told Submission Radio.

“If Ferguson tries to stand with Conor for an extended period of time it will be lights out, in my opinion.

“You know, he’s tough as well, he’s tough and durable, so he may take a couple of smacks, but at the end of the day Conor’s going to be way too clean and too technical to…he won’t get touched.

“That’s my opinion. But yeah, it will be an interesting one and it will be an exciting fight as well because Ferguson does come to fight and he’s aggressive, he goes in, he looks to finish fights, so it will be exciting. But yeah, without a doubt if he wants to stand and bang with Conor it’ll be lights out fairly quick, I think.”

Hopefully, for many fight fans, McGregor will think differently. What is looking even better for Ferguson’s chances are rumors that Diaz is pricing himself out of a bout with McGregor, allegedly demanding a whopping $20,000,000 to take the fight.

Should the UFC expectedly balk at this incredible sum, then they may capitalize on appealing to fans who have grown disillusioned with the something meaningless qualities of an interim title. McGregor’s next fight, after all, is  likely to perform well in the pay-per-view charts (regardless of his opponent). If this is to be the case and the UFC get on board, then Tony Ferguson should finally get his wish.

That is not to say that McGregor vs. Diaz III shouldn’t happen at all, but is there anyone in the UFC with a resume like Ferguson’s who hasn’t fought for a title yet?