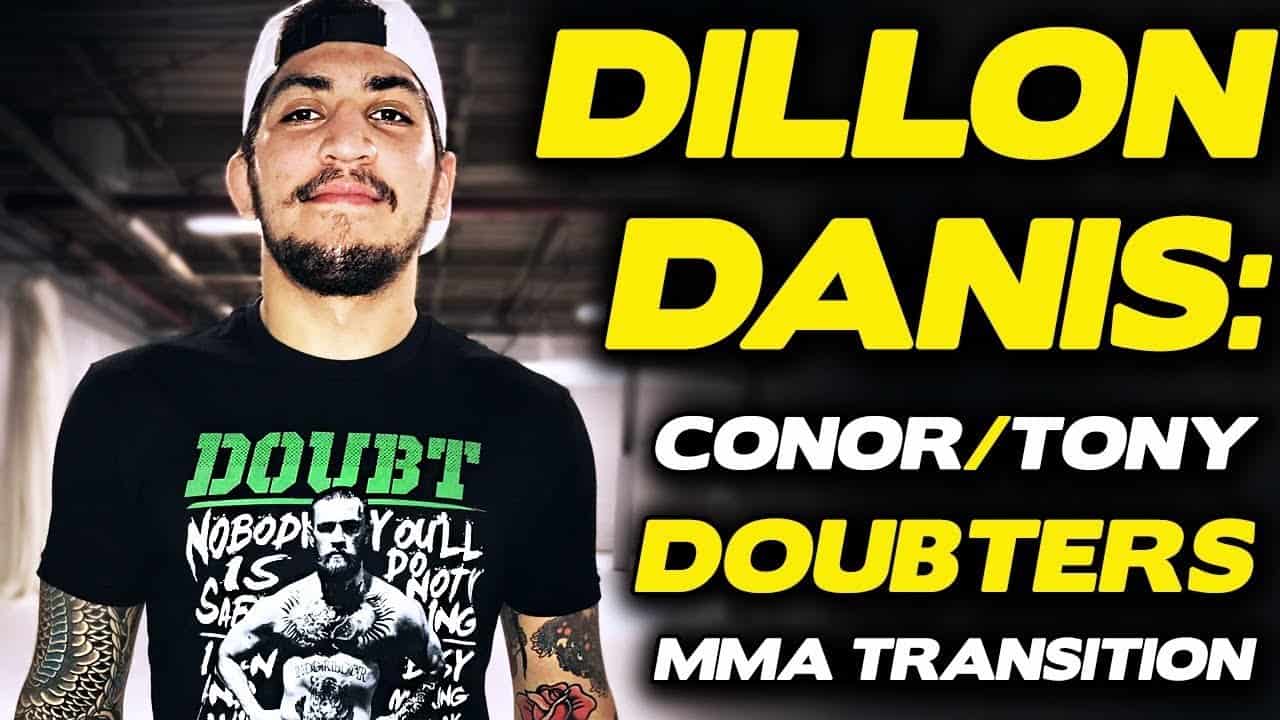 Dillon Danis, the controversial training partner of UFC lightweight champion Conor McGregor, does not understand where the criticism of the Irishman’s ground game comes from

Having assisted McGregor prior to his UFC 202 victory over Cesar Gracie black belt Nate Diaz, both men became close and enjoy a good relationship as SBG Ireland teammates.

In the aftermath of McGregor’s win in his second attempt over Diaz, Danis spoke to the MMA Hour where he surprisingly revealed that he thought “The Notorious” could even submit the Stockton man:

“We trained a lot of takedown defense,” Danis revealed on the MMA Hour.

“And the way he fought in the fight was beautiful. He did it just like he did it in training. He was calm, collected and he was digging the underhooks. He was doing perfect.

“We worked so much in that situation and John [Kavanagh] was teaching him great techniques. It was just perfect. I was really happy with him.

“In the fourth or fifth round, Nate got a double leg with hands connected and everything but Conor jacked it up. He was tired but the technique was perfect. I was super happy with the outcome because we worked a lot of hours on that.”

In response to claims that McGregor’s weakest aspect of his game is on the mat, Danis also trashed this theory. According to the man who will soon be fighting under the Bellator banner, McGregor ‘knows what he is doing’:

“He knows what he’s doing,” Danis continued. “People like to say stuff about his ground game but he’s going to surprise some people.

“Conor’s a really good athlete and he’s really good on the ground and he has an amazing coach in John Kavanagh, who is a black belt.

“I knew the last fight wasn’t a case of him not having Jiu-Jitsu. It was just a little bit fatigue and a lot of things happened in that fight. But Conor has a really good ground game and he’s going to surprise a lot of people in the future.”

With news that Tony Ferguson looks likely to land his shot at McGregor’s title, many are once again pointing to the Dubliner’s perceived weakness on the ground. Ferguson was recently awarded a black belt by 10th Planet Jiu-Jitsu founder Eddie Bravo and is known for being strong on the ground.

Danis recently told Submission Radio that he would be in favor of seeing McGregor take on Ferguson and feels that his teammate has a point to prove in ‘shutting’ up the 155-pound interim lightweight champion:

“Honestly, I haven’t really talked to Conor or any of those guys but I would think that it’ll be Tony Ferguson next because he won [the interim-title] and Conor has to defend the belt.

“And me knowing Conor, Tony’s been talking a lot of shit and I know Conor is going to want to shut him up. So I could see that happening.”

Danis was asked if McGregor could handle being taken down by “El Cucuy” and was exceptionally confident in asserting that the 29-year-old would be nothing less than comfortable in any situation. According to Danis Ferguson holds no distinctive advantage over McGregor when it comes to the mat:

“100%. I don’t know where people judge that off of [McGregors perceived shortcomings in his Jiu Jitsu game], I don’t know why they would say he [Ferguson] has a superior advantage on the ground, people don’t know what Conor’s jiu-jitsu is like.

“I would look forward to seeing that fight. I think Conor would pick him apart on the feet and most likely knock him out early or just do whatever he wants with him.”