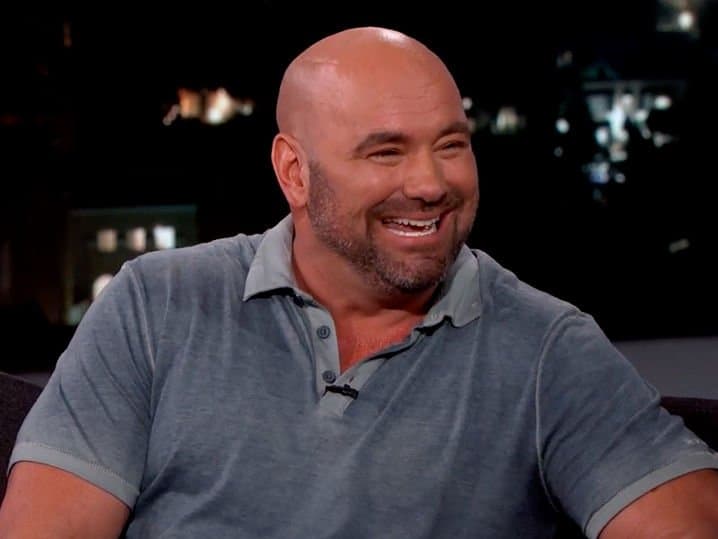 UFC President Dana White has come in for a lot of flak over the years for his attitude, comments and decisions he made in relation to many fighters. Although he has remained a polarizing figure in the eyes of many observers, White has always maintained that his perspective is what is best for the future of the organization.

That’s not the impression Xtreme Couture coach Eric Nicksick believes when it came to his fighter Uriah Hall, who had a “slight heart attack” during an exceptionally difficult weight cut. White’s reaction to the scenario was out of order, according to Nicksick:

“It’s tough, especially when your employer is the first one to bag on you,” Nicksick told MMAjunkie Radio. “I think what really hurt me was, this guy almost died for your organization.”

Hall was forced to withdraw from his scheduled bout against Vitor Belfort at Scottrade Center in St. Louis when he collapsed on the way to official weigh-ins and the fighter stayed 48 hours in an area hospital prior to being dishcharged. UFC women’s strawweight Paige VanZant witnessed the collapse, and later stated that it was the “scariest thing I have ever seen.”

Dana White’s reaction was not as considerate. White argued that Hall “doesn’t take his training seriously.”

“He doesn’t do what anybody tells him,” White told media following the fight. “He does his own thing. A week before the fight, he went to L.A. and was hanging out in L.A. in clubs and stuff. So, not good.”

White’s assertion that the UFC Institute of Athlete Performance had provided information to indicate Hall had not taken his training camp seriously and was showing worrying signs was, to put it simply, not taken very well by the fighter himself:

“You mean to tell me my entire career, all of a sudden I’m going to party in L.A.? It’s too funny man,” Hall said. “Oh my God. But that’s what happens when you don’t come out – a lot of speculation.”

Hall had gone to the effort of assuring fans that he had not pulled out of the fight lightly:

“There’s a lot of miscommunication of what’s going on,” Hall said on Instagram Live. “People think I punked out. I definitely want to apologize to Vitor and his camp. I know it sucks to go through all that and then not fight. I’ve been there, but for the record, I did make weight. I just failed to make it to the scale, which sucked.

Nicksick claimed that Hall was deeply affected by White’s comments, and felt that the relationship he had with the UFC President should maybe have warranted a warmer reaction:

“Uriah was upset,” he said. “He’s like, ‘I thought me and Dana were friends.’ (I said), ‘Yeah, maybe, but you (expletive) with that dude’s money. So don’t get all upset about it thinking you guys were all chummy.

Hall claimed that he had been “conscious, but I was unconscious. I knew what was happening, but I was fighting over it. I was punching. I think I had a mini-seizure and at the same time a slight heart attack. My kidneys were just not good.”

“Honest to god truth, I didn’t know if we were going to make it out,” Nicksick said. “(I said), ‘Don’t call the doctor – call the paramedics.”

“And then for you to go on and bash your guy without all the facts, without hearing the story, without knowing what happened. Maybe he did (go to Los Angeles), maybe he caught wind of some things. But I was at the (Performance Institute) with him Tuesdays and Thursday’s training.

“This was one of the best camps I’ve ever seen out of this guy. We were teed up to go and have a good performance. Something went wrong.”