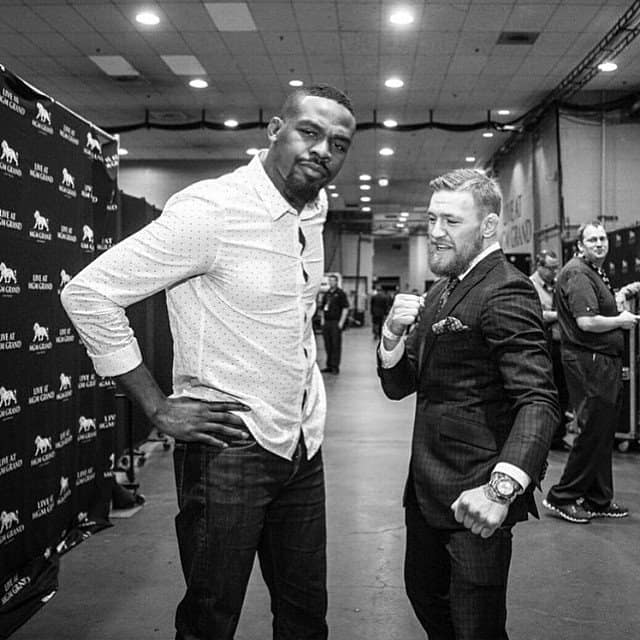 Jones will return to action against arch-nemesis and incumbent UFC light heavyweight champion Daniel Cormier on Aug. 29 as the UFC 214 main event. Taking questions on his preparations ahead of that bout, Jones also found time to discuss the chances of Conor McGregor against one of the greatest boxers of all time in Floyd Mayweather Jr:

“I want to start by saying that I really admire Conor McGregor a lot. He’s done so much for our sport and shown me personally that those numbers that he is achieving are possible. So he’s been a huge inspiration to me.”

Boxing analyst Skip Bayless, anticipating an inevitable “but”, sat back and allowed Jones to continue during a recent interview with Fox Sports:

“Floyd Mayweather is unquestionably great. I mean, to go 49-0 is something special. He’s 40 [years of age], but he takes care of himself. He’s an advocate of living a clean life and you would be surprised at what you can get out of yourself, living the life that Floyd does. He has all of the resources to stay healthy and at the top of his game.”

“I think what makes this fight interesting is Conor McGregor’s punching power, but at the same time, guys like Miguel Cotto and [Oscar] De la Hoya, all these guys have tremendous punching power and what they have that McGregor doesn’t is the years of experience and tightness to back up that punching power.”

“I’ve fought so many guys in the UFC who have punching power who were never able to land that shot on me. Like I said, I’m really happy for McGregor to be in that position but if I were a betting man, I’d imagine I’d have to side with the side of greatness.”

Many observers inside of the world of boxing have found it hard to substantiate an argument for how or why McGregor beats Mayweather, and it appears that many associated with MMA are finding things just as difficult.

Check out the clip of the interview with Jon Jones in full, below: