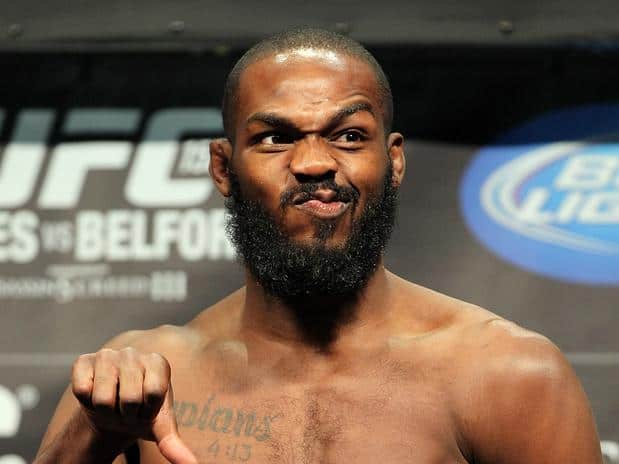 Both men have traded barbs and engaged in numerous verbal conflicts on social media over the past few years, with both men seemingly incapable of holding back.

If Jones had his way, however, the rivalry and ‘beef’ would end following the conclusion of their highly anticipated UFC 214 light heavyweight title fight on July 29 in Anaheim, Calif.

“Bones” recently spoke to Flo Combat on various topics, including his return to the UFC following a one-year suspension owing to a positive test for estrogen blockers. It was his perspective on the acrimony between himself and Daniel Cormier which really caught the eye, however.

For the Rochester, New York native who turned 30-years old this week, the conclusion of UFC 214 should also spell the end of a rivalry which had appeared at times to be unbreakable:

“This rivalry ends at UFC 214 and after [the fight] I honestly have no problem with Daniel Cormier. If he wants to be friends, be a sportsman and realize I’m just the better fighter, that would be great. It would show a lot about who he is. I doubt he’ll do that though based on how he acted the first time I beat him.”

Jones, supremely confident in beating Cormier for the second time, is also anticipating excuses from his opponent should he emerge from the Honda Center victorious:

“I’d be willing to bet the house he’s going to come up with some kind of excuse or reason why he lost this fight. I have friends who are all over social media and they tell me both Luke Rockhold and Cain Velasquez have been injured and haven’t been training a lot. I really hope he really doesn’t use that as an excuse.”