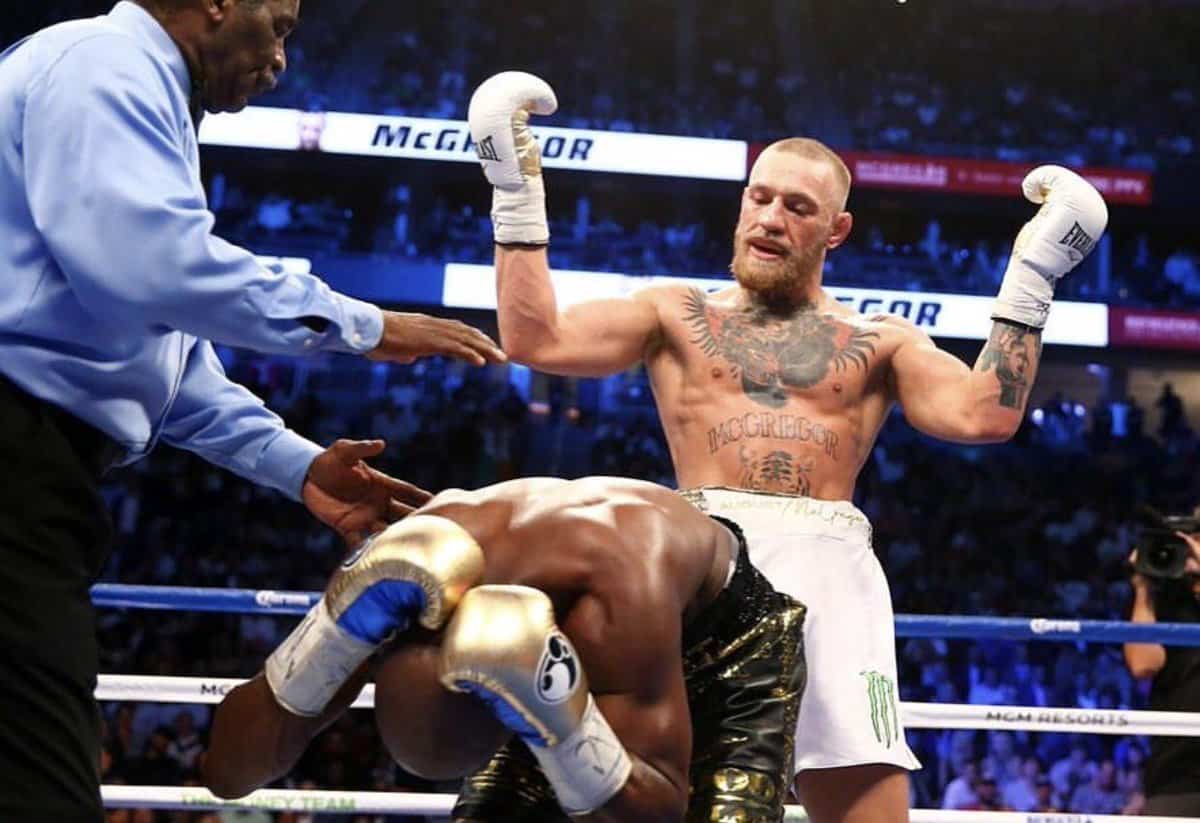 UFC lightweight champion Conor McGregor may be living it up following what is rumored to be $100 million+ payday against Floyd Mayweather Jr. in August

Having had time to think things out, McGregor will announce his intentions for his future in the sport of MMA (or boxing) very soon.

McGregor is set to feature in a pay-per-view interview with former UFC star Dan Hardy in London, where he is expected to update fans on his future plans for his career. Another similar night is also scheduled for Glasgow in Scotland.

Having previously announced his intentions of pursuing a fight with Floyd Mayweather Jr. in a similar event in Manchester, England with Ariel Helwani earlier this year, there is speculation that McGregor will use this platform for a similar purpose. Should McGregor have an opponent set in stone for his first title defense in his UFC career, it is widely accepted that it will be Nate Diaz.

McGregor was beaten by the Stockton-native and fan-favorite at UFC 196 in March 2016 before slightly edging a decision victory in their rematch five months later. Many believe that McGregor vs. Diaz 3 to be the most potentially lucrative fight in the UFC by some stretch, given the track record and explosive rivalry between both men. Diaz had previously indicated that he will not return to action for anyone but McGregor, while “The Notorious” has alluded to a trilogy fight both before and after his bout with Mayweather.

While that does seem to be the fight which fans want more than any other, there are some who believe that a rematch with Mayweather could be a possibility. Recently reinstated light heavyweight champion Daniel Cormier appears to feel strongly about McGregor vs. Diaz 3:

“These guys make a ton of money together. It’s one of the biggest fights the UFC can put on and now it will be for the lightweight championship of the world. You can not make a bigger fight. These guys have to run it back. The bad blood, the trash talk, the press conferences. This would be amazing from start to finish and I can not wait until these guys go again.”

On the other hand, UFC color commentator Joe Rogan believes that Mayweather vs. McGregor 2 could be the bigger fight in more ways than one:

“He’s [Floyd Mayweather] probably gonna make more than 300 million dollars from this last fight. Amazing. I can’t imagine that they won’t do it again.’

If Conor figures out how to not get tired, if he can convince people. Like say if he fights Paulie Malignaggi, beats the shit out of Paulie Malignaggi and says ‘Floyd, let’s do it one more f*cking time!’ Rogan said on a recent episode of The Joe Rogan Experience.

In Malignaggi, McGregor has yet another option.

In the lead-up to the Mayweather bout, the UFC lightweight champion surprisingly recruited former two-weight world titlist Paulie Malignaggi as a training partner. The Brooklyn-native subsequently exited the Irishman’s camp in a row over images which were leaked by McGregor’s team purporting to show “Magic Man” being knocked down by the 29-year-old.

Malignaggi was highly critical of McGregor in the following weeks leading up to the Mayweather bout and campaigned for a shot at the Dubliner once the “Money Fight” had concluded. It appears that interest in that bout may be growing, if the latest change to betting odds featuring a fight between both men are indicative.

Malignaggi had been -225 to McGregor’s +175 in the immediate aftermath of the Mayweather vs. McGregor bout, while Bovada’s latest odds have Malignaggi at -150 and McGregor at +120 (at the time of writing). A sign of a possible bout between the two, maybe?

The irony is that, perhaps the most logical yet least likely move, would be McGregor to fight the #1 contender in the lightweight division (which is currently Khabib Nurmagomedov). “The Notorious” has been a UFC champion since December 2015 yet has never defended a title despite fighting three times in that period.