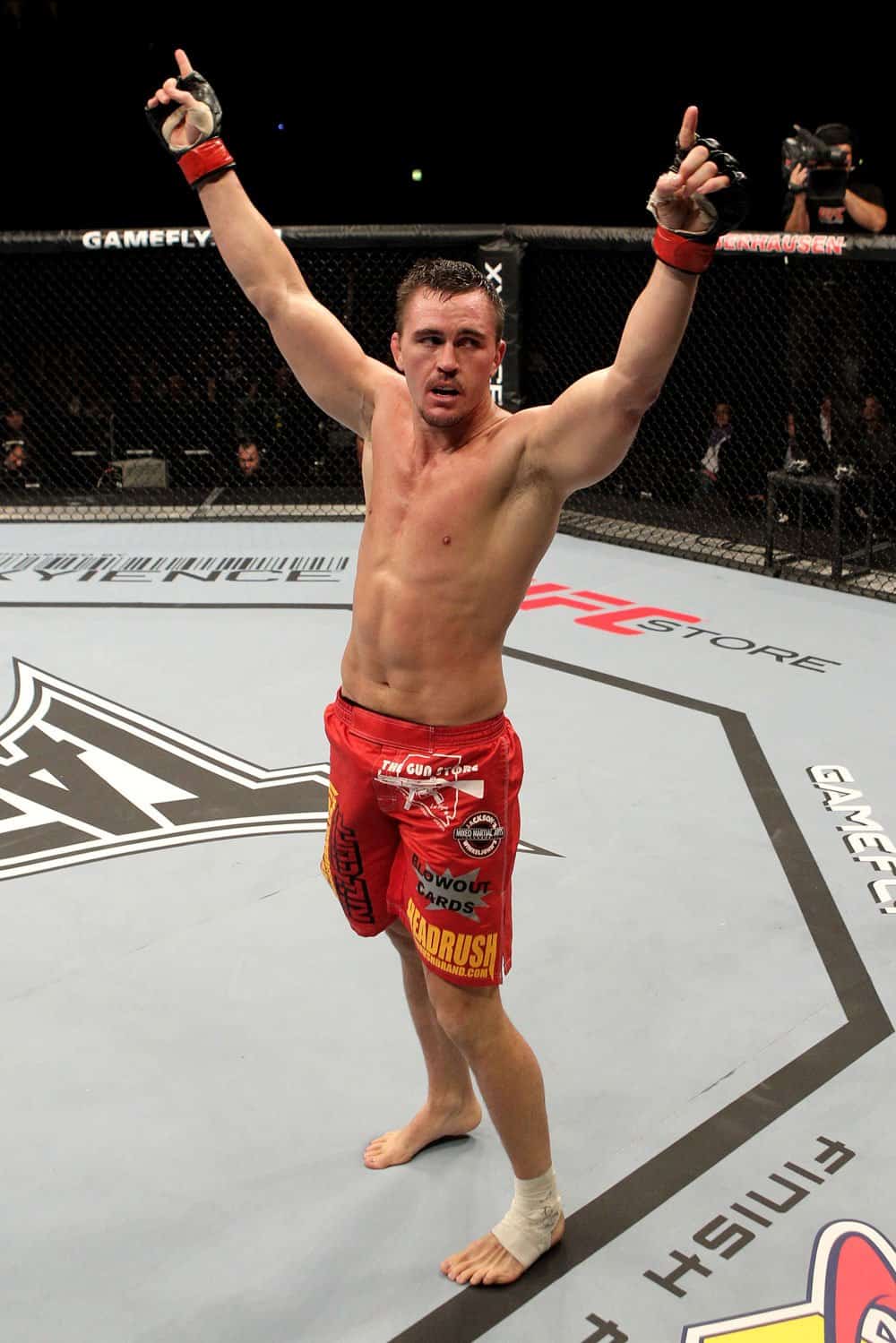 Tonight for the second episode of TUF 11 we will see how the teams get formed and get it on with our first elimination fight of the season. The first episode had numerous exciting, back and forth bouts so there is plenty of reason to get pumped up for The Ultimate Fighter 11.

This week kicks off with a listing of injuries from the opening matches. Some broken teeth, torn shoulders and away we go to team selections. Tito Ortiz is going to get first selections and chooses Nick Ring. It has to be a nice feeling to have an ex-champ of the octagon choose you first of all of the fighters many of which had excellent showings.

The rest of the selections went as follows:

Dana White has a few questions about Chuck’s decisions in the picks, but we are moments away from seeing if he can pick the first fight and take control early.

We get a chance to see the different coaching styles of Chuck Liddell and Tito Ortiz. Tito has a drill sergeant style and is getting way too much enjoyment out of torturing his first fighter to get into the octagon for elimination, Clayton McKinney. The doctor gives a good report by stating the injury isn’t permanent and can be categorized as a bone bruise. Tito tells his fighter to suck it up and uses it to pump up his team.

Team Liddell is made up of physically smaller fighters, but still an extremely talented group. Chuck’s first pick, Kyle Noke, is also first up to fight and seems well rounded. Only time will tell if anyone else can provide depth to Team Liddell.

We will see if McKinney’s shoulder has any impact as we get underway with the first fight. As the fight begins they trade leg kicks as they size each other up moving around the octagon. Almost two minutes in they make it down to the ground by getting tangled up and slowly falling to the floor. As they trade dominant positions, with 2:16 remaining in the first round, Kyle Noke takes out McKinney with a triangle forcing him to tap.

As McKinney walks away obviously upset with his performance, Tito goes after his losing fighter and forces him to learn from his mistake there and now. He exemplifies the right way to have avoided the triangle in that situation, demands McKinney practice it twice prior to storming off to sulk. He pulls his team together and is really focused on keeping his team motivated.

With another episode complete, Chuck gets it done with his top pick and Team Liddell has control and will pick the next fight as well.