From the Barstool to the Mat: My First Time Training Gracie BJJ 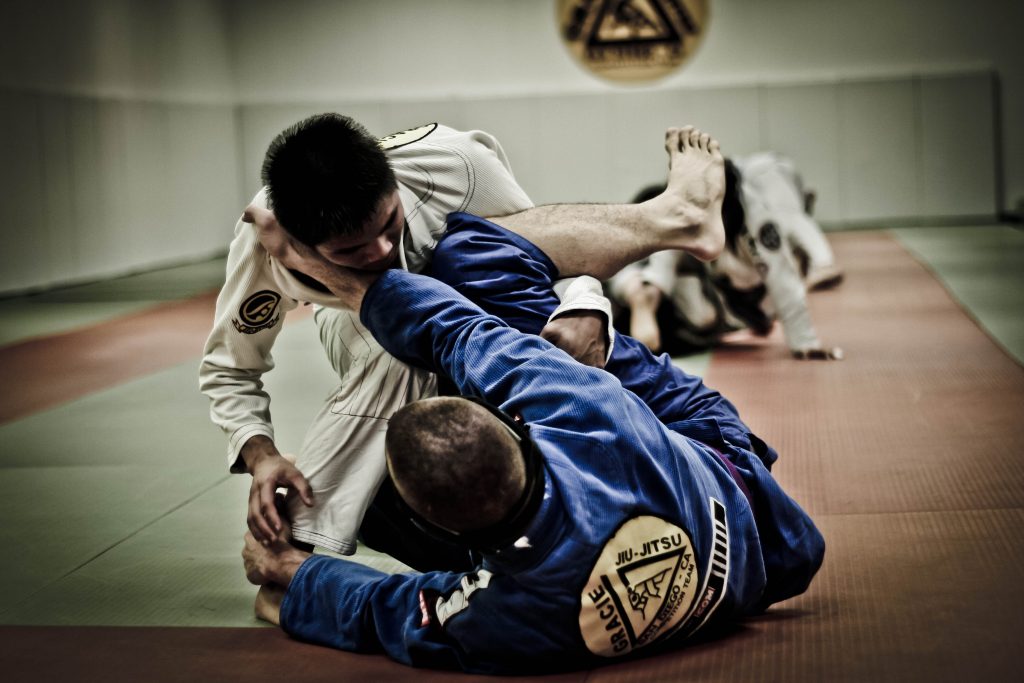 Contributor: Nathan Johnson (aka 2JupitersTooMany). Last weekend, I attended my first ever Brazilian Jiu-Jitsu and submission grappling tournament, the Greater Midwest Submission Hunt. I stood in the back, probably looking like some sort of black coat deviant attempting to sneak up-gi photos with his cell phone camera. Not so. At the end of the day, after I’d moved closer to the mats, I overheard part of a post-match conversation between two genuinely happy Masters Division purple belts that went something like this:

“You know, you almost had me there because I had no strength left in my hands, but then I popped my hips back in.”

I had two thoughts. First, it was obvious that these guys were experiencing a genuine residual happiness related to the fact that they’d just engaged in a form of expression that was primarily mental and calculating, and only secondarily manifest as a series of outward physical movements. But here’s the other thing: as an MMA fan, I realized that I’ve been watching and enjoying a sport that I’ve never fully understood.

The Idea
This is what it comes down to: I get what high-level MMA competitors are trying to ultimately accomplish, but I don’t understand how they’re getting there. As embarrassing as it is, I realize what kind of fan I am. I’m that guy who watches UFC pay-per-views at a local bar, offering linguistic services to oblivious strangers who somehow know less than I do. So I say things like “He’s got him in half guard”, or “He’s cross-sides”, or “He’s passing! He’s passing!”, or even “Chuck has mount! The Iceman has mount! It’s a miracle! Release the hounds!” But I say those things without having a clue about how the fighter strategically transitioned himself into that position. I’ve taken real pride in yelling things like “Armbar! Armbar!” while sloshing around my pitcher of Grain Belt Premium without having a farting HINT if the submission was actually available from a particular position. That’s the kind of pathetic fan that I’ve been. But no more. Not me.

If the only thing that I get out of training is the ability to watch a fight and enjoy that technical road between takedown and submission a bit more, it will be worth it. So back to that peeping Nate conversation snoopjob at the tourney. I took their conversation in, and on the way back to my rustly ol’ Honda Civic, I decided that I should try some formal training.

I’m going to train Gracie Jiu-Jitsu. Why that particular art? About fifteen years ago, back in high school, my best friend was a pretty proficient wrestler, and I was a human balsa tree, at 6’4 and maybe a hundred and sixty-four pounds. Whenever I came to his house, I’d end up bent up like a U-bolt and stuffed into some sardine corner behind a couch in his living room. I never had his natural talent for wrestling. When we were in college, I bought two pairs of 16 ounce gloves. Two weeks later, my buddy was at an Urgent Care with a couple of hairline rib fractures after sucking up a five-finger payoff for my years of failure on his parents’ shag carpet. So for years now, I’ve thought about doing Muay Thai, with all of that kicking and punching business, because it’s the only thing that this lanky brawler ever showed a hint of potential for. But something about that Jiu-Jitsu competition drew me in.

I don’t own a pit bull or even a single strand of rusty, looping barbed wire. As age continues to take the edge off, I’m losing that youthful longing to stand in front of a guy until I send his molars into the right field bleachers at Back Alley Fields. But the thought of working out a physical chess match is appealing. Jiu-Jitsu seems to be a “life sport”, with the added benefit that it isn’t golf, and I’ll never be encouraged to wear knickers or a hat that comes with a free bowl of soup. Unlike brain-rattling sports like boxing, Jiu-Jitsu allows you to routinely and conclusively stop right at that edge, just before you submit an opponent, one bare movement before anyone suffers permanent damage. That concept of “tapping out” allows practitioners to work out a new problem every five minutes and bring it to actual resolution. If I want that in boxing, I have to smack a guy in his jaw. That’s not my sort of thing anymore.

The Gym
When I came through the doors of the Minnesota Martial Arts Academy, they asked me about my motivations to join. I told them that I wanted to train some UFC. That’s right, boys, it was time to train some Super Fertitta Bros! It’s a joke, fellas. Just a joke. I filled out a waiver form with Andy Grahn, and Nat McIntyre, a deceptively unimposing 135-pound Muay Thai wrecking machine, gave me a tour. I’ve met Nat in the past, and he’s a hell of a nice guy, but the most gracious thing that Nat did happened when he was fitting me with a gi. He handed me… wait for it… Brock Lesnar’s pants. That’s right. Nat looked at me and thought “Brock Lesnar”. Sure, I looked a little like MC Hammer in parachute pants, but I wasn’t complaining.

Attached to the 7000 square foot MMAA structure is a strength training facility known as Athletic Performance, Inc. It has a skull and crossbones for a logo. They do “caveman training” there, that exhausting program that is documented every time the UFC puts together a promo for Sean Sherk. A year or so ago, I watched a UFC pay-per-view with a couple of the API trainers. When they aren’t flipping over tractor tires or running with bungee cords strapped to their backs, they’re nice, mellow guys. They’re perfectly sophisticated cavemen.

I mention all of this business about the welcoming atmosphere at the gym, not because I’m some flower-power debutant, but because it’s not necessarily what you expect when you visit a testosterone factory for the first time. Instead of bumping through a herd of inadequate meatheads, I found an honorable group of participants, more concerned with their respective arts than with showing up the new guy.

The Training
I’m 6’4”, and maybe 210 pounds. I have underdeveloped biceps, poultry legs, and a mild case of “Invisible Lat Syndrome”. I have the grip strength of a guy who’s made a living assembling soft serve ice cream cones. The reality is that I have a job that is even less physically demanding than that. I work as a staff attorney for a judge at a courthouse. If I have to carry an especially thick civil file to my car at the end of the day, I’m complaining. That’s as bad as it gets for me most days, so you can imagine my natural anxiety about keeping up with the Gracies.

If I’m being REAL honest, the first time I got a little nervous was during warm-ups. I just had no idea how long we’d be running in circles and doing backwards summersaults. I’m not exactly a marathon runner, and I wondered if I’d gas and black out before we even started training. But they went easy on me. We spent the afternoon working on escapes from “mount”, the name of a position where your attacker straddles you somewhere ahead of your hips as you lay on your back.It’s a vulnerable position to be in. Our class was taught by Greg Nelson, the truly legendary founder of the Academy.

As you lie on your back, sweating into Brock Lesnar‘s pants and attempting to impulsively string together a choreographed chain of defensive moves while Mr. Nelson observes, you realize a few things. The first is that as much as you intend to, in the words of Royce Gracie, “flow with the go”, you inevitably freak out and sprint through your routine like Flo Jo. The most humbling moment of my afternoon was my very patient partner’s insistence that I just slow down and loosen up. Take each, solitary step and breathe in between. During those inevitable moments of memory lapse and panic, my immediate instinct was to fight. But Jiu-Jitsu isn’t about fighting. It’s about creating distance and doing it the easy way. So when you’re yanking and jerking and straining, you’re probably supposed to be shifting your body and extending or something. When it all comes together, you realize that it took a hell of a lot less effort that your body wanted it to.

After a revelation like that, you’re overcome again by how little you know, and how remarkable it is that a family of Brazilian mad scientists assembled this complex, comprehensive system that doesn’t appear to have any dead ends. No matter what position you are in, there is almost always something to try. There’s fluid work to be done. Even in seemingly hopeless positions against a heavier opponent, there’s probably some inventive leveraging of bone and muscle available to potentially create gaps in your opponent’s positioning and secure an escape.

I experienced those things over and over for about an hour. We went through a series of progressive movements, first being careful to avoid being choked, and then learning how to flip off an opponent after a variety of different developments. Did I get beat up at all? Just a little. Yes, I’m walking like a cowboy today, and I’m bruised here and there, but it’s a great feeling. I just imagine that a thousand little miniature Gracies are poking me in the shoulder right now, saying the Brazilian equivalent of “Atta boy.” It’s funny. I have no business claiming to be a Jiu-Jitsu practitioner yet, but I feel like I’ve stepped through the doors of the Hotel California. You can check out any time you want, but you can never leave. That’s the thing. I don’t want to leave, and I’m hoping that means that, around UFC 130, I’ll be a better fan, genuinely enthralled by something that a booing, impatient crowd cannot comprehend. 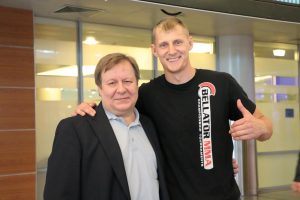 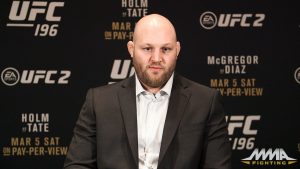 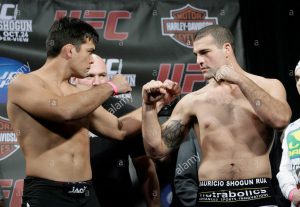 Is the MMA Scoring System Flawed? 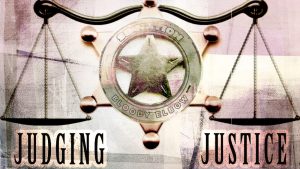 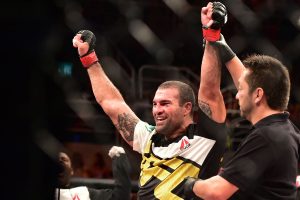 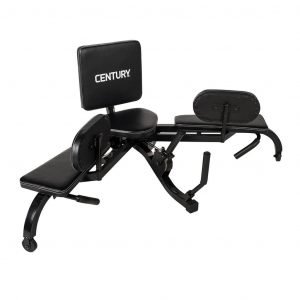 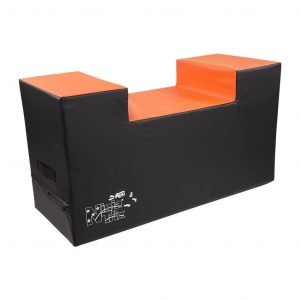 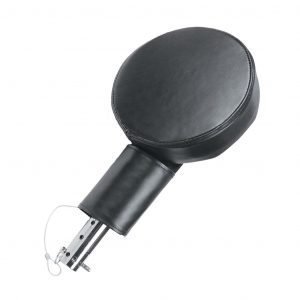 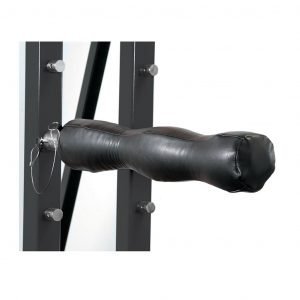