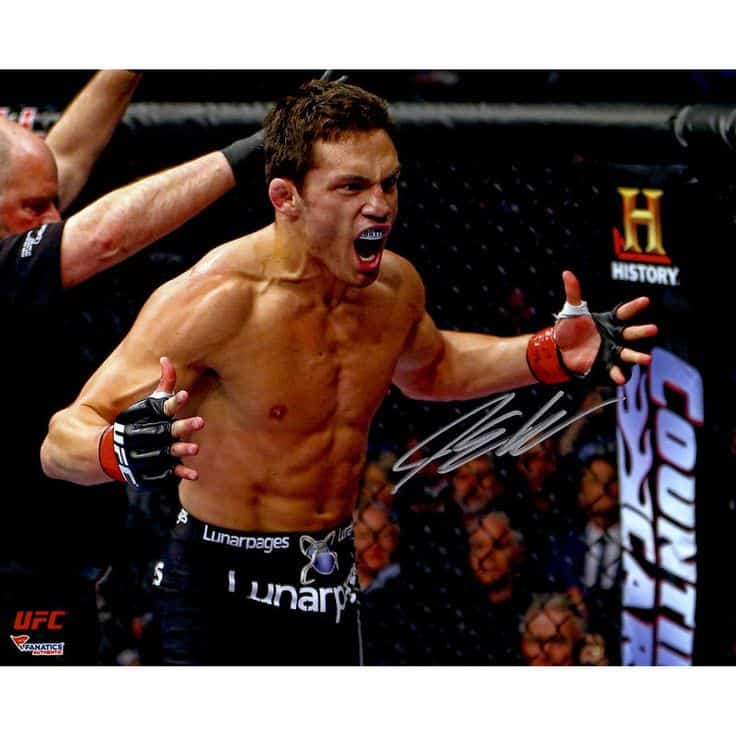 * The Ultimate Fighter 10 Finale went down last Saturday, and for those living on Mars (or at least without Spike TV), below are the official results from the evening’s fights. In a nutshell, Roy Nelson dropped Brendan Schaub with a beautiful right hand to become season 10’s Ultimate Fighter, Matt Hamill was absolutely dominated by Jon Jones but received a gift DQ win due to illegal downward elbows planted on his face, Internet sensation Kimbo Slice bested Houston Alexander in a fight that surprisingly offered little action (but plenty of circling), Frankie Edgar survived multiple slams from a game Matt Veach to eventually sink in a RNC, Matt Mitrione shocked Marcus Jones by turning out his lights as the second round started, James McSweeney went to the third to win by TKO, big underdog Jon Madsen (+300) got the split decision over Justin Wren, “All American” Stann pulled the UD, John Howard won by KO with 5 seconds left in a wild fight against cagy Dennis Hallman, and huge favorite Mark Bocek (-500) had a relatively easy time with the Hoelzer Reich-sponsored Joe Brammer.

* After his disqualification “victory” over Jon Jones at the TUF10 Finale, Matt Hamill was found to have dislocated his shoulder. The dislocation actually comes as a bit of a relief – some in Hamill’s camp feared a broken clavicle and talk of a late Spring 2010 rematch with Jones has (unnessarily) already begun. A full list of TUF10 Finale medical suspensions was released earlier today and is listed below.

* Strikeforce middleweight champion Jake Shields said that he’s open to a fight with Henderson at his upcoming debut with the organization. Henderson is already being linked in fantastic matchups in the near future for Strikeforce with the aforementioned Shields at 185 lbs, as well as with Gegard Mousasi at 205 lbs.

* The Ultimate Fighter 10 Finale on Spike TV scored strong broadcast numbers. An average audience of 3.7 million viewers (with a peak of 5.2 million) watched the fight between Kimbo Slice and Houston Alexander. TUF10 was the most-watched season finale among the 10 seasons of the series, was the third most-watched fight card in the UFC’s history, and the highest rated of 2009.

* Chuck Liddell and Tito Ortiz were announced as the coaches for season 11 of the Ultimate Fighter. The show is scheduled to debut on Spike TV on 3/31/2010, and, as with most seasons, the two coaches will fight after the conclusion of the season’s broadcasts. Liddell and Ortiz have met two times previously, with Liddell coming out on top both times by TKO.