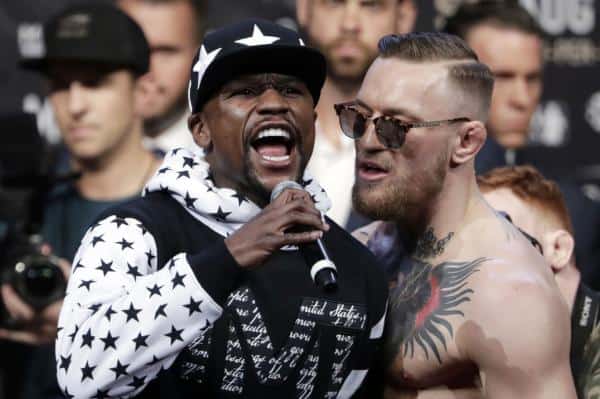 While the dust has settled following the money-spinning bout between Conor McGregor and Floyd Mayweather, both fighters are readjusting

McGregor was impressed by a “superyacht”, which is estimated to be priced at $360 million, while he was on vacation in Ibiza

Happy to enjoy the fruits of his labor against Floyd Mayweather Jr. last month, the UFC superstar is clearly winding down big time:

“That was a mad scene. I only posted “race to the next yacht” two days ago and then this one pulls up right out my back garden,” McGregor wrote on Instagram. “The biggest one of all. This is an eye opening level of opulence to witness first hand. To me, it is truly motivating. I’m starting to think I don’t have a wealth belly just yet. I’m more just rich fat now. I must keep eating. “

McGregor will feature in a pay-per-view interview with former UFC star Dan Hardy in London later this month. It is expected that one of the purposes of the event (aside from generating revenue) is to update fans on his future plans for his career.

Floyd Mayweather, on the other hand, appeared on a recent episode of Hollywood Unlocked where he took the opportunity to hit back at President Trump’s detractors.

President Trump, perhaps the most criticized man to have ever entered the White House, caused outrage when a recording from 2005 was released where the business magnate allegedly recommended others to grab women ‘by the p**sy.’

“People don’t like the truth,” Mayweather remarked. “He [sic] speak like a real man spoke. Real men speak like, ‘Man, she had a fat [expletive]? I had to grab that fat [expletive].’ Right? So he talking locker room talk. ‘I’m the man, you know what I’m saying? You know who I am. Yeah, I grabbed her by the [expletive]. And?’”

“A lot of times, we spend too much time talking about and worrying about other people’s business instead of worrying about our own,” he continued. “I got to where I got to—it’s easy, I make millions and millions of dollars on a daily basis—because I focus on Floyd.”

Mayweather was also happy to defend President Trump against allegations of supporting groups associated with racism:

“You never heard anything about Donald Trump being racist until he ran for president,” Mayweather said.

Meanwhile, UFC lightweight champion Daniel Cormier is hoping that the UFC arrange what would be the biggest fight of 2018 between McGregor and Mayweather:

Cormier believes that there are too many reasons why the fight has to happen:

These guys make a ton of money together. It’s one of the biggest fights the UFC can put on and now it will be for the lightweight championship of the world. You can not make a bigger fight. These guys have to run it back. The bad blood, the trash talk, the press conferences. This would be amazing from start to finish and I can not wait until these guys go again.”