‘Defend or Vacate’ – Conor McGregor vs. Paulie Malignaggi is Not the Right Option 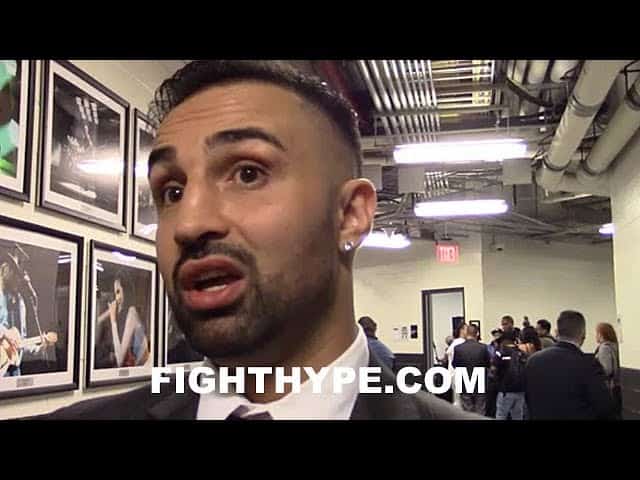 After all the talk of a Conor McGregor vs. Tony Ferguson lightweight unification bout, Paulie Malignaggi has just thrown a massive spanner in the works

If “Magic Man” is to be believed, then Conor McGregor may be set to make a spectacular return to boxing against none other than himself.

If it is over-optimism or merely wishful thinking on behalf of the former two-weight boxing world champion is yet to be seen. Fight fans will remember the subplot between McGregor and Malignaggi leading up to the Irishman’s fight with Floyd Mayweather hinted at a potential bout. Malignaggi infamously stormed out of his role as a sparring partner to McGregor following a bust-up with “The Notorious” following leaked images purporting to show the Dubliner dropping Malignaggi in training.

In the weeks leading up to the fight, Malignaggi lambasted the 29-year-old and even went as far as to publicly confront him in a heated verbal exchange. Subsequently, Malignaggi has done everything in his power to attempt to get the UFC lightweight champion’s attention, in a bid to secure a monumental payday which would see him renege on his promises to retire.

The Brooklyn-native, who is part of Showtime’s boxing commentary team, has now claimed that the ever elusive and mysterious advisor/promoter Al Haymon is in discussions with the UFC. The reason for Haymon reaching out to the promotion is to set up a bout between Malignaggi and UFC superstar Conor McGregor, which, if true, would be a massive disappointment to the promotion’s interim lightweight champion Tony Ferguson. Furthermore, the fight would potentially jeopardize McGregor’s claim to the 155-pound title and bring a sense of disillusionment to many fans.

Malignaggi recently spoke to FightHype.com regarding a potential fight with the Crumlin-native:

“Al Haymon’s talking to Dana White, and I know they’re speaking so if they want the fight they’ll make it,” Malignaggi said.

“Al Haymon makes anything he wants to happen, happen. Once I spoke to Al and he told me they wanted to make this fight, I knew that the only way this fight doesn’t happen is if Conor has no balls, which wouldn’t surprise me! This fight is bigger than anything else he has, there’s no more Mayweather fights.”

Tony Ferguson, the man who Dana White indicated would be the next fight for McGregor, may have a few choice words for Malignaggi in the circumstances. “El Cucuy” has done more than enough to warrant a shot at McGregor’s title, yet may still miss out on the opportunity to land what would be the biggest payday of his career and the chance to cement in legacy in gold.

Ferguson is more than prepared for the bout and claims he is saving his best for the Irishman:

“I was saving all my good material for him,” said Ferguson. “I didn’t want to say anything against Kevin Lee. He was the only game opponent.”

The 33-year-old is convinced that not only will he emerge victoriously should he land the bout, but that it will be a systematic destruction fuelled by a genuine desire to punish McGregor for ‘running’ from him:

“I’ll ankle pick him no problem,” Ferguson claimed. “I’ll set him on his ass and everyone’s the same size on the ground. Conor McGregor is going to be running away like Katsunori Kikuno. I’ll get him on the ground and I’ll finish him with a D’Arce choke or any choke I please.

“He poses no threat to me. That boy is scared. He’s never mentioned my name one time. I’ve got 10 consecutive victories. I’m the interim champion. You can’t run anymore. You’re in check and I’m great in chess.

“This is chess. This is check. It’s going to be checkmate. He needs to defend or vacate. Set it down. Just walk away. Then nobody will get hurt.”

McGregor also has an opportunity to increase his stock by simply agreeing to a fight with Ferguson. While the Dubliner has achieved a great deal in his fighting career and sits atop a fortune in earnings, his legacy is tarnished by the fact that he has never defended any of his titles to date (2 x UFC and 2 x Cage Warriors).

Put simply, McGregor can silence his critics by granting Ferguson a title shot. Whether the allure of a massive payday is too much to ignore, however, remains to be seen.