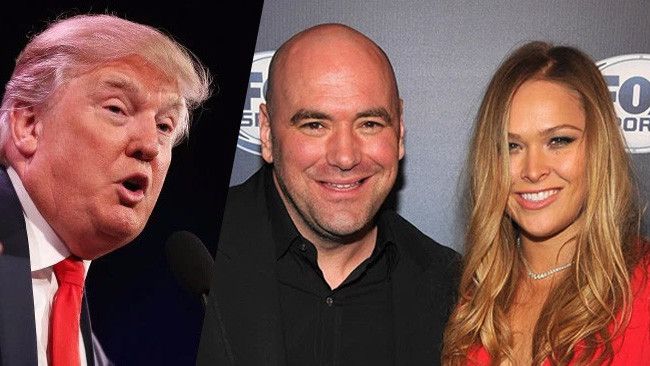 Francis Ngannou will enter the Octagon at UFC 220 on Saturday just one win away from becoming the first African UFC champion. Having been homeless at the start of the decade, Ngannou has ripped through the heavyweight division of the promotion and looks set for a huge future in the sport. When it comes to President Donald Trump, the Cameroonian is far from impressed, however.

“Yes, (I am bothered by it). All those people (Trump) was talking about, is people like us,” he said. “It’s difficult to accept and hear things like that. For myself, (I know) what the goal for me when I leave my country, and to see someone who just want to break that dream and that hope from people who are following — this guy is a shame for America.

“America was built on immigration. America is the country that poor countries in the world (look up to as) a model. They don’t expect America to give them something, but just to look at them like an example to build their own country and get a better situation. This country has been doing well with a great president like the last one Barack Obama, or Martin Luther King and people like him, who had to work for that. Today we have some guy like Donald Trump who come out and bring all that down. So it’s all a shame.”

UFC President Dana White did not hold the same opinion of the polarizing President:

“Since Trump has been the president of the United States this guy has called me 15, 20 times,” White said. “I’m telling you. He says some crazy things and does some crazy things. He’s one of the most stand-up human beings that I have ever dealt with in the business. Fact.

“I don’t get into beefs with people because of their political beliefs,” White said about his UFC fighters speaking out. “Democrat, or the craziest liberal ever, whatever your deal is, that’s your personal point.”

White also expressed his ‘disgust’ with how some reacted to Trump’s victory in 2016:

“That’s one of the things that disgusted me during this election. If you don’t like the way this turned out, you should have voted. You lost — you ride out your four years and then you vote again when the elections come up,” White said. “The way that people have acted and continue to act during this election is disgusting. That part of it really bothers me. At the end of the day, you can have your political beliefs.

“Do I see [Tyron Woodley] fighting Georges [St-Pierre]? Hell no. Well, that’s the thing. [St-Pierre]’s a very good friend of mine,” he told BJPenn.com “I really, I don’t want that to happen. He understands that that’s my goal is to get that belt, you know what I mean? If that does come down to it, I would actually put that in his arena if he would like to [fight me] or not because he would be the champion if he beats Tyron. I would put that in his arena and say, ‘Hey,’ — make UFC go to him and say — ‘Hey, does this fight seem right?’ or whatever. Cause before I fought Tyron, we talked. [St-Pierre]’s like, ‘Man, I’m coming back. I have no interest in fighting you,” stuff like that as a friend.”