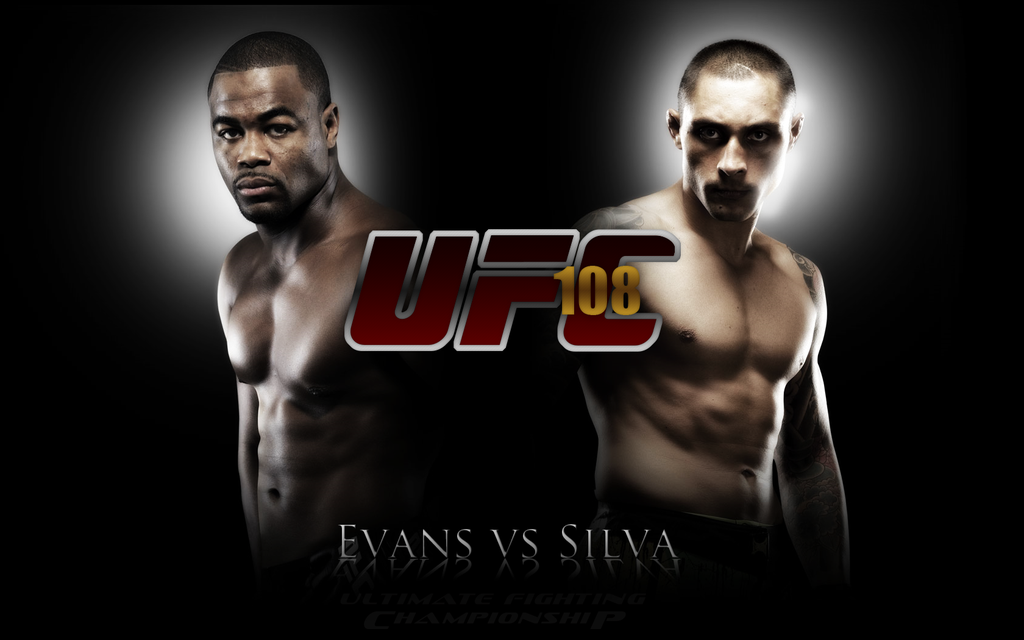 Like a hazy night at the bar that ends with a huge bar tab, bloody lip, and a hangover that lasts for two days, I just want to forget about my recommended plays for WEC 45: Cerrone vs. Ratcliff and Strikeforce: Evolution. The handsome one, Josh Thomson, burned me good when I placed most of my eggs on him. I took it on the chin and am dying to right the ship. The great thing about MMA is that there’s always another event just around the corner, and lo and behold, UFC 108 is here. The injury-ravaged card has changed more than Heath Herring’s hairstyles over the years, but after a ton of legwork by the UFC it finally looks set and solid. I like what I’m seeing. No, the event isn’t likely to be the one that drops jaws or is remembered for years like UFC 52, but it seems to have some nice lines to profit upon. Below are my recommended plays. If you’re a gamblin’ man, take a look at our MMA Betting Superboard. We link to the five best online sportsbooks that take MMA action. Get in the game – open an account with any of the five. Good luck!

A protégé of the Black House’s Antonio Rodrigo Nogueira and Anderson Silva, up-and-coming Heavyweight Junior dos Santos (9-1) is a relatively young fighter at 25 and has won 9 of his 10 contests overall. He’s a Brazilian Jiu-Jitsu brown belt, undefeated kickboxer (18-0), reigning Brazilian Heavyweight kickboxing champion, and has won seven of his fights by KO or TKO. dos Santos has some high-profile scalps on his fight resume including wins over Strikeforce contender Fabricio Werdum and Pride legend Mirko “Cro Cop” Filipovic, and is now starting to be lumped into conversations related the “upper echelon” of UFC heavyweights with Brock Lesnar, Shane Carwin, Cain Velasquez, and Frank Mir. His opponent Gilbert Yvel is an ex-Pride and Rings star that enters the UFC at 36-13-1. The bulk of his wins are against questionable international competition, including a few against an inexperienced Cheick Kongo and a past-his-prime Pedro Rizzo. He has one punch knockout power; however, Yvel’s career has been overshadowed by several in-fight issues related to his uncontrollable temper and poor sportsmanship. dos Santos is a heavy favorite in this fight for good reason. Whatever slight advantage Yvel may have standing (and that’s questionable), dos Santos makes up for it on the ground and is a more well-rounded fighter than Yvel. He’s fought better competition in his brief career, and has fared better against it than his opponent. Granted, Yvel’s lost to a who’s who (Barnett, Zentsov, Henderson, Belfort) in the sport, but doesn’t seem likely to take that next step in his career. Outside of a bomb, dos Santos should catch Yvel on the ground in a submission or via ground and pound. Bet $150 to win $44.

A small flier is recommended on Sam Stout (14-5-1) for no other reason than that his opponent Joe Lauzon (18-4) is coming off of major reconstructive knee surgery (ACL) and has had been away from the octagon for almost a year. J-Lau has a growing problem with his wheels – he’s already had meniscectomies on each knee prior to the ACL tear; however, is still a “just-shy-of-contending fighter” at 155 when healthy and not coming off of such a long layoff. ACL injuries are no joke to an elite athlete like Lauzon – the endless rehab, the overall time away from “real” MMA training, and the underestimated mental anguish can have a devastating impact on a fighter in the short term (or longer). Stout’s coming off a nice upset win over Matt Wiman at UFC 97 in April, and is itching to keep the roll going. He’ll look to keep the fight standing against Lauzon and work his standing strikes, perhaps even targeting the knee. Without a doubt, Stout is a heavy handed, technical striker who’s capable of ending any fight quickly. Although he’s been training Brazilian Jiu-Jitsu for over seven years and has only been submitted twice in his career (Florian, Estrada), his John Clark-trained opponent will likely have the advantage once the fight hits the floor. Because of this, Stout should look to stuff Lauzon’s trips / takedown attempts and turn the fight into a kickboxing affair to pull the upset. Bet $50 to win $120.

Cole Miller (15-4) comes into this fight as a slight favorite at -165, which is surprising to some. He was last seen at UFC 103 getting KO’ed by the undefeated Efrain Escudero and has dropped two of his last four fights. He has notable wins over Jorge Gurgel and Leonard Garcia, but is slight of frame and is prone to being overpowered by stronger opponents like the aforementioned Escudero and Jeremy Stephens. Two-thirds of his 15 wins are by submission, so he’s fairly dangerous on the ground thanks to his underrated Brazilian Jiu-Jitsu, but is also a fairly one-dimensional fighter because of it. He finds himself matched up against a stronger, tougher opponent in Dan Lauzon (12-2) who’s won eight fights in a row. Lauzon trains daily with his brother Joe Lauzon – so he’s used to fighting a solid 155er – and was last seen at Affliction: Day of Reckoning beating the scrappy Bobby Green. Lauzon is well-rounded and capable of taking some strong shots, while continuing to come forward. Half of his 12 wins are via submission, half are via KO or TKO, and he has never gone to a decision (win or lose) – so it’s not likely going to the judges. Lauzon will pull the upset – he’ll leverage his strength advantage, stay away from Miler’s comfort zone on the ground (if possible), and catch him standing. Bet $300 to win $405.