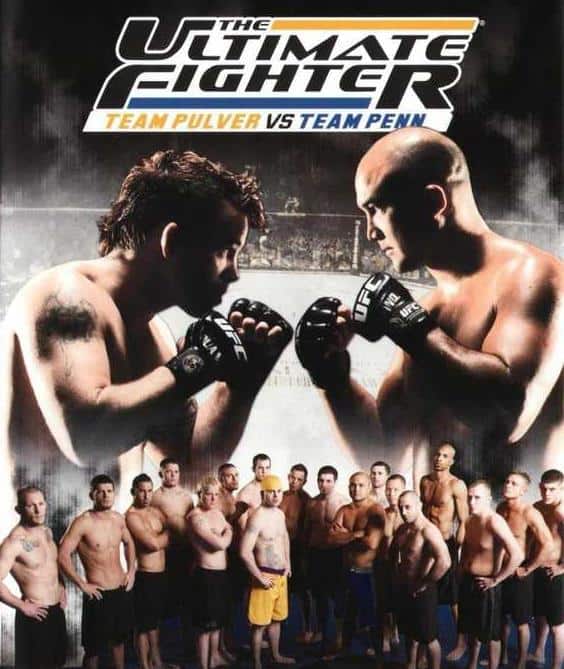 The Ultimate Fighter 5 was the fifth season of the Ultimate Fighting Championship produced reality television series The Ultimate Fighter. As with the show’s usual format, sixteen prospective mixed martial arts fighters were secluded in a house near Las Vegas, Nevada and trained together while participating in a single-elimination tournament, with the winner being awarded a six-figure UFC contract. This season featured only one weight class, Lightweights (146-155 lbs), and the fighters were divided into two teams; one coached by former UFC Lightweight Champion Jens Pulver, and the other by former UFC Welterweight Champion and Lightweight contender BJ Penn.

The two coaches, along with the finalists of the tournament, fought at The Ultimate Finale, a televised MMA fight card that aired live at the completion of the series.

Episode 2: Not in this House

Episode 3: This is My Zone

Episode 5: Put me Back In

Episode 7: Be the General

Episode 8: Not on the Concrete

Episode 9: It Was a Brawl